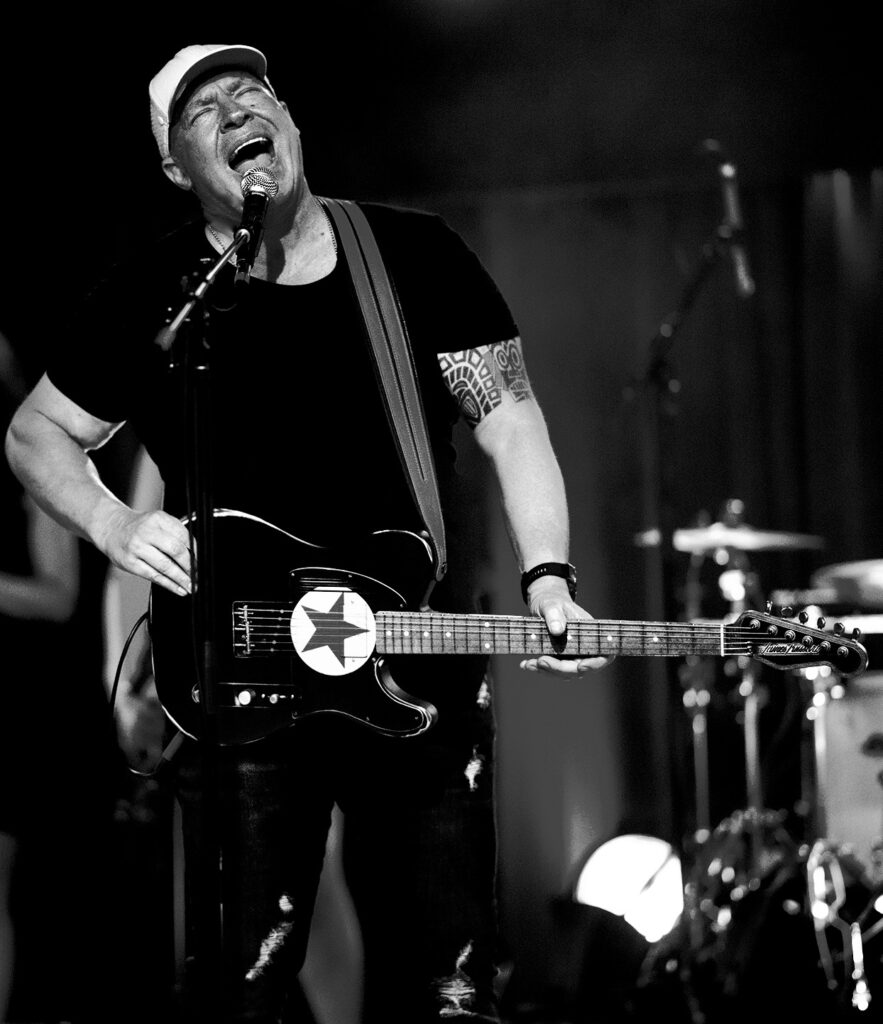 SULLY began his music career at the age of 9 at his first paying gig and securing his first recording contract at age 19 with Island Records. Since that time, music has been a central theme in his life.

In addition to being a working-musician, Sully is also a nationally syndicated radio/television talk-host, his shows broadcast weekdays via radio on Clearchannel Media Affiliates, CBS Radio Affiliates, BizTalk Radio Network and Armed Forces Radio network in 175 countries and all the ships at sea and simulcast on network television in over 65 million broadcast homes daily and is heard weekday afternoons on NEWSRADIO AM600 KOGO heard from San Diego to Santa Barbara.

If ever man and instrument were meant for each other, TRIPP Sprague and the saxophone are that match. He is one of the top players on the San Diego music scene.

Tripp has recorded on numerous CDs with such highly regarded artists as Kim Carnes, Todd Rundgren, Willie and Lobo and Sean Watkins of NIckel Creek. Tripp also co-produced and performed with the group ‘Blurring the Edges’ on a CD by the same name, which won ‘Best Pop-Jazz’ album at the San Diego Music Awards. He runs his own recording studio in which he has produced CDs for numerous artists.

Tres Hodgens has been playing drums professionally for over 20 years with different bands across several genres. He started playing at age 5 and by age 13 was playing for various worship teams in Hawaii and Southern California. He can and has played styles as varied as Pop/Rock, Jazz, Afro Cuban, Latin Jazz, Reggae, Hip Hop, Blues & Funk. He is as equally at home playing straight ahead Jazz as he is playing Afro Cuban rhythms. 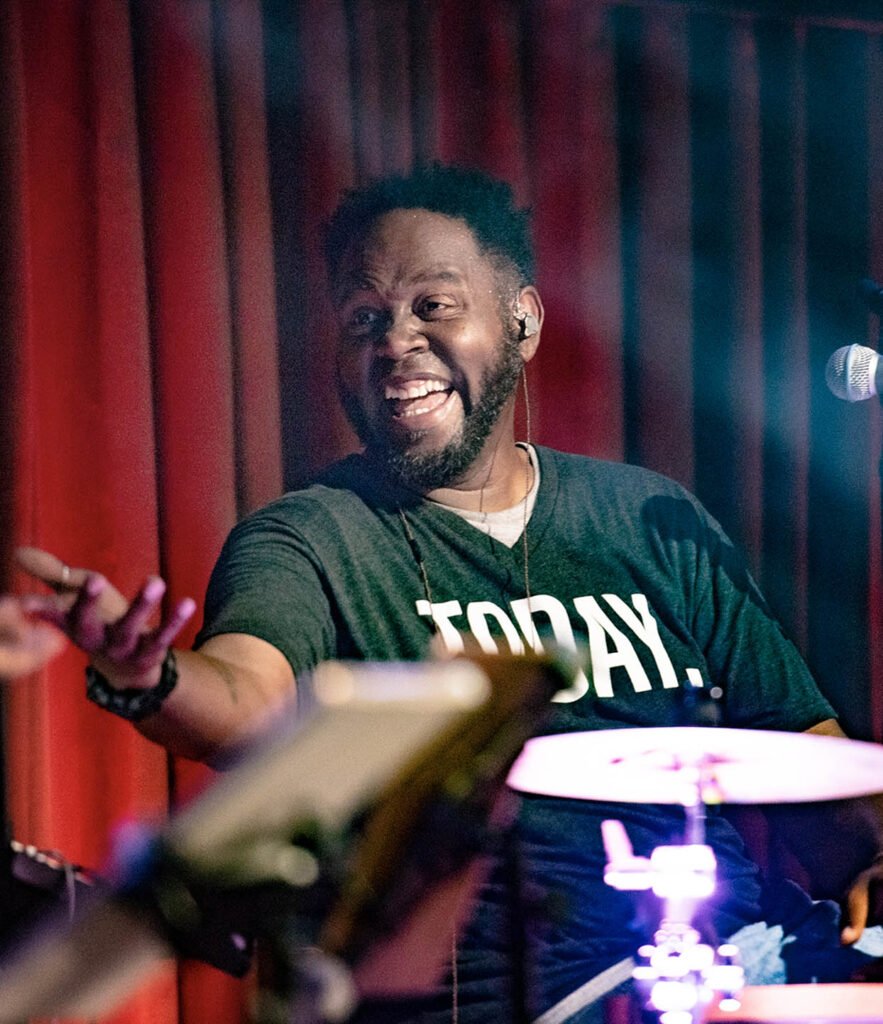 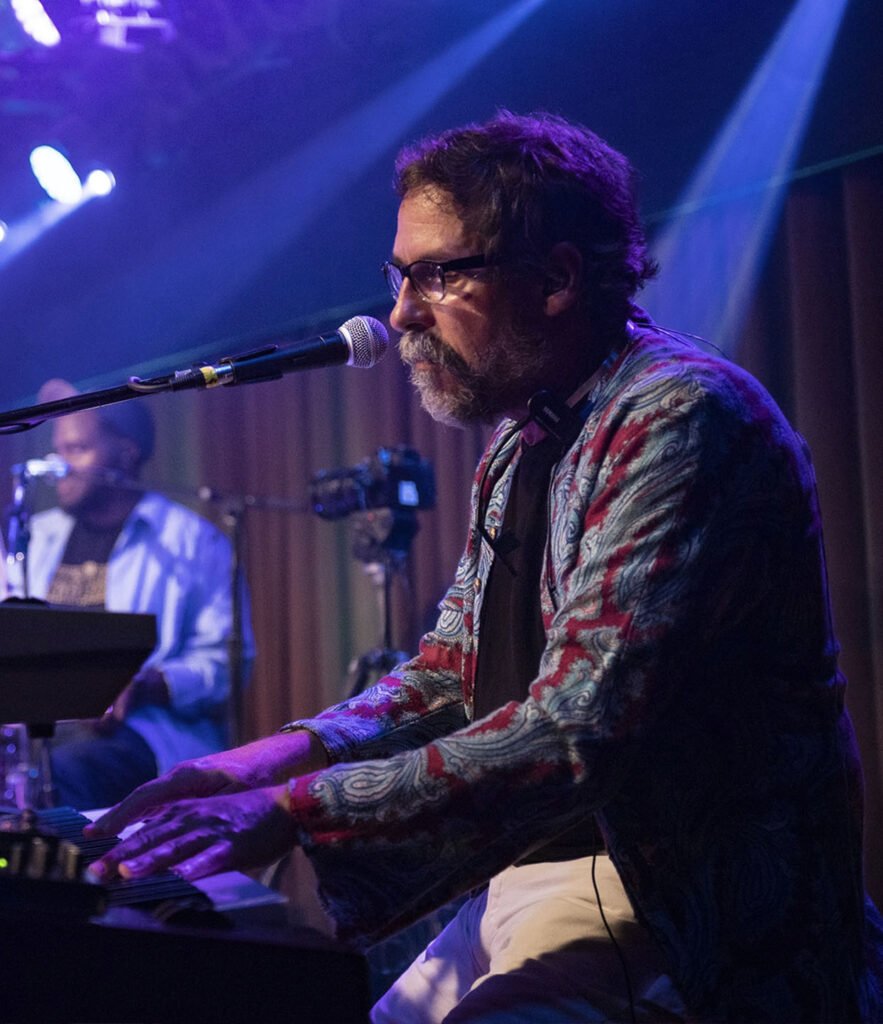 No one knew… at least until HATS asked if he could sing the tune mom & dad had been working up for their show. Belting out “It’s Almost Like Being in Love” at age three, he could not be stopped and was propelled into the world of music. Founder of Raging Bohemian Music and Advisor and past President of the San Diego Songwriter’s Guild, this L.A. escapee keyboardist/composer’s work can be heard in countless film and TV productions. Hats has performed and recorded with artists and personalities Tony Gwynn, David Van Such, Randi Driscol, Steven Ybarra, Patrick Moraz, Greg White Jr., Larry Groupé, Josquin des Pres and many, many more.

Ignacio “NACHO” Sobers is a rumba quinto master and an Afro-Cuban Latin jazz percussionist. He is most famous for being one of the most sought after percussionists in Southern California. He is an integral figure in the fusion of Afro-Cuban rhythms with R&B and soul. 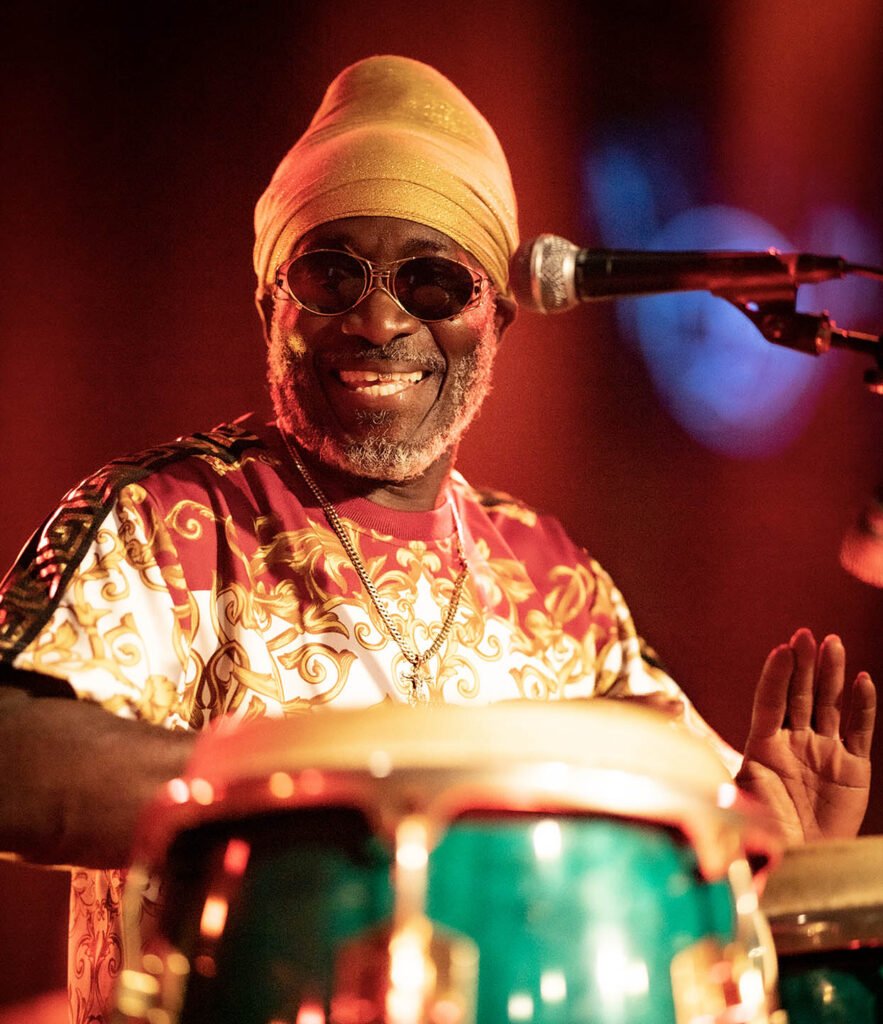 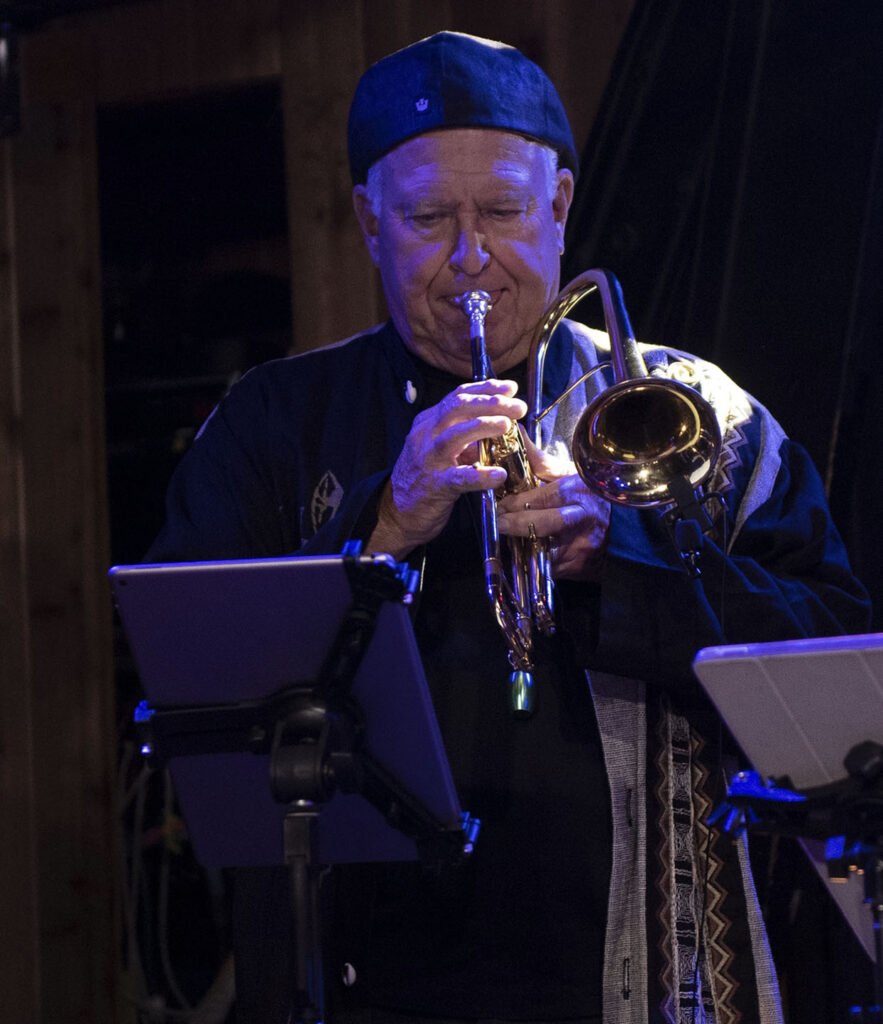 DILZ first love has always been playing trumpet. He maintains a busy playing schedule and is enjoying a professional performance career spanning over 45 years. Here are the highlights of the artist, tours, and projects that Steve has had the pleasure to be affiliated with Doc Severinsen, Burt Bacharach, Kenny G, Dennis DeYoung (StyX).

Lynyrd Skynyrd and the San Diego Symphony and San Diego Opera just to name a few.

As an apprentice to Dominic Calicchio, Steve learned the fine art of brass craftsmanship with hands on experience. At Benge under Zig Kanstul, Steve had many jobs including slide maker, quality controller, tester, and shipper. In 1998 Steve launched HornTrader.Com. At that time Steve was the first and possibly the only trumpet retailer on the World Wide Web.

Brian Jordan has graced the stage and been featured with many legendary musicians, including James Brown, Dave Matthews, Bernie Worrell, The Allman Brothers Band, Ray Manzerik, Buddy Miles, George Porter, Jr., and many more. Brian currently plays guitar with The B-Side Players, as well performs as acoustic duo with Karlos Paez of The B-Side Players. In addition, Brian works as session guitarist, bassist and producer. As leader of the “Brian Jordan Band”, Brian brings a unique and heavily charged sound to live audiences across the U.S. Former projects include 12 years (1999 – 2011) as guitarist for the high-energy funk/jazz band, “Karl Denson’s Tiny Universe”; A stint as guitarist in the house band for the NBC TV show, “Last Call with Carson Daily (2006 – 2007); Guitarist with “Ms. Lauryn Hill” (2006), guitarist in the rotating lineup of the art-rock band “Banyan” (2006 – present). 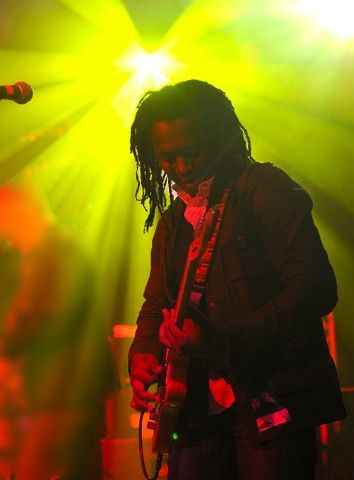 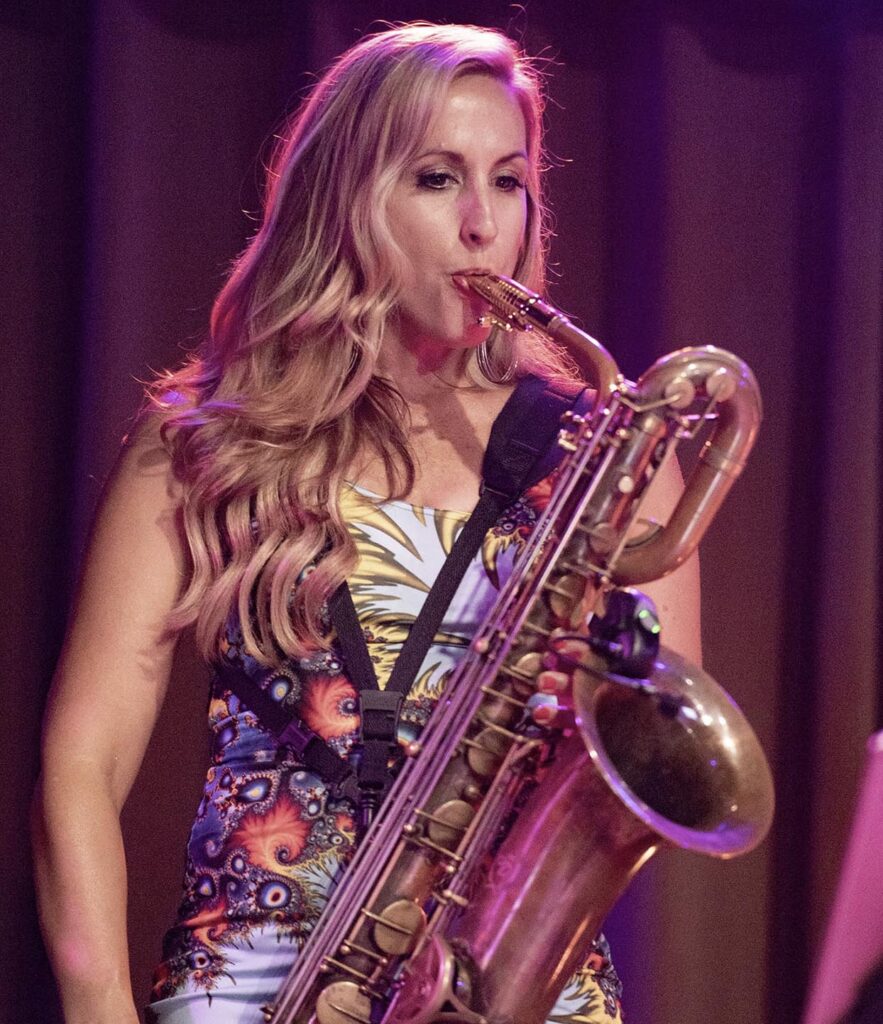 April Leslie is a native San Diego musician who began her musical training at a young age playing the clarinet. Following her love of music, she went on to receive her Masters in Music from Azusa Pacific University. Upon graduating she had the opportunity to travel the world with the Tony and Emmy Award winning production team, Blast! It was on these tours that April learned to play and fell in love with the saxophones and flute. Since then she has become an in-demand woodwind specialist and recording artist playing a wide variety of genres including classical, jazz, pop, soul, big band, theater, etc.… When April is not performing, she has a private lesson studio where she loves to share the positivity and joy of music with young students!

Originally from Gifu, Japan, Tomoka Nomura-Jarvis started to play Piano at age 6, saxophone at age 17 and earned a Masters in Music from the State University of New York at Buffalo in saxophone performance. She has appeared on ABC’s “Jimmy Kimmel Live” with Fat Joe, Remy Ma and Ty Dalla $ign, appeared in a recently released music video by renowned Armenian singer Arman Hovhannisyan, and has toured in Japan and the United states with legendary Japanese blues singer Kenichi Mikawa (美川憲一). She is a member of all female jazz group Jazz in Pink and all female sax quartet The Saxations.

As a performer with Armed Forces Entertainment (1999-2010), Tomoka performed in over 40 countries for soldiers, ambassadors and other diplomats at U.S. embassies and military bases. Among the countries visited were Kuwait, Kosovo, Ecuador, Germany, Mozambique, and many more.

Tomoka has performed extensively for the Young Audience Program and Lecture Series for students in Western New York. Her educational pursuits include performances and workshops in elementary schools in the Los Angeles Area for “Dream A World Education” led by Grammy Award winner Bunny Hull. She also has experience in musical theater, having been hired for pit orchestra and on-stage playing. Tomoka speaks fluent English and Japanese. 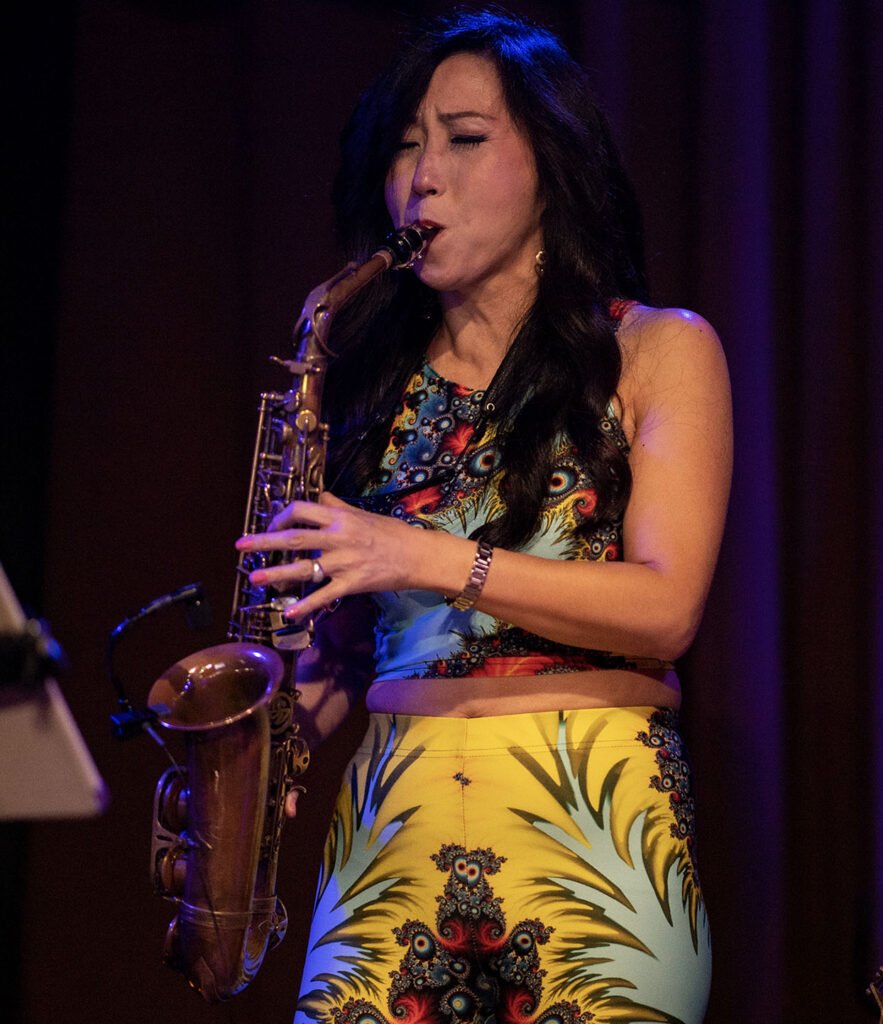